The Ministry of Youth and Sports has presented a cheque Gh¢30,000 to the Black Maidens and Queens Striker Mukarama Abdulai for her heroic performance at the FIFA U-17 World Cup in Uruguay last year.

The young striker won the adidas golden boot and bronze ball for the highest goals and 3rd best player respectively at the tournament.

In his remarks, the sector Minister, Hon. Isaac Kwame Asiamah on behalf of government expressed gratitude to the young striker for her excellent performance and also raising high the flag of Ghana at the international stage.

The Minister further noted that the gesture is to encourage young and budding talents to go all out and make the country proud.

He also thanked the technical team for their immense contribution in nurturing and bringing out the best from the striker. 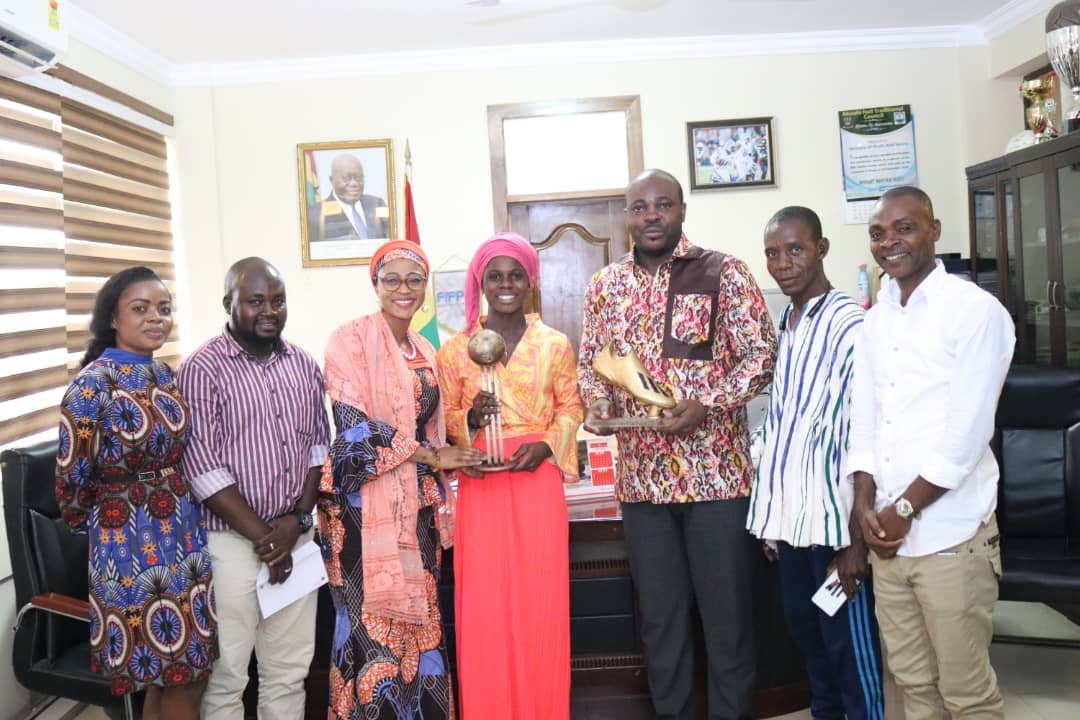 The Municipal Chief Executive Officer (MCE) for Sagnarigu, Hon. Marian Iddrisu on behalf of the delegation thanked the Nana Addo Dankwa Akufo-Addo led government for the gesture, adding that it will motivate the player to aspire for greatness as well as encourage other players to strive harder and make their country proud.