The Vice President for the National Basketball Association (NBA) for Africa and Head of Strategy & Operations, Mr. John Manyo-Plange has called on the Minister for Youth and Sports, Hon. Isaac Kwame Asiamah to discuss the development and promotion of Basketball in Ghana through the schools system by introducing the programme into the Physical education curriculum.

Mr. John Manyo-Plange briefed the Minister on the operations of the NBA and stated that he is currently in the country to sensitize young people on the values and essence of NBA.

He disclosed that Ghana has the requisites and a conducive environment to promote the sport urging the Ministry to follow suite in Rwanda’s applaudable construction of a 10,000 seater indoor stadium purposely for the sport.

Hon. Isaac Kwame Asiamah expressed gratitude to the Vice President of NBA for Africa for the visit and reiterated government’s determination to promote sports which basketball is no exception.

He stated that the President Nana Addo Dankwa Akufo-Addo is a massive sports enthusiast and has expressed interest in the game.

The sector Minister assured him of the Ministry’s commitment and readiness to collaborate with the NBA adding that a basketball facility will be considered as the country makes preparations to host the 2023 African Games.

Hon. Asiamah disclosed that his outfit is currently collaborating with the Ministry of Education (MOE) to revive schools and colleges sports where basketball will be supported to develop as the game is predominantly played at the secondary and tertiary levels.

He further commended the former Ghanaian NBA player, Mr. Pops Mensah-Bonsu who was also present at the meeting for promoting the game and committing himself to unearth basketball talents in the country.

The Minister subsequently announced Mr. Mensah-Bonsu as the ambassador for the sport. 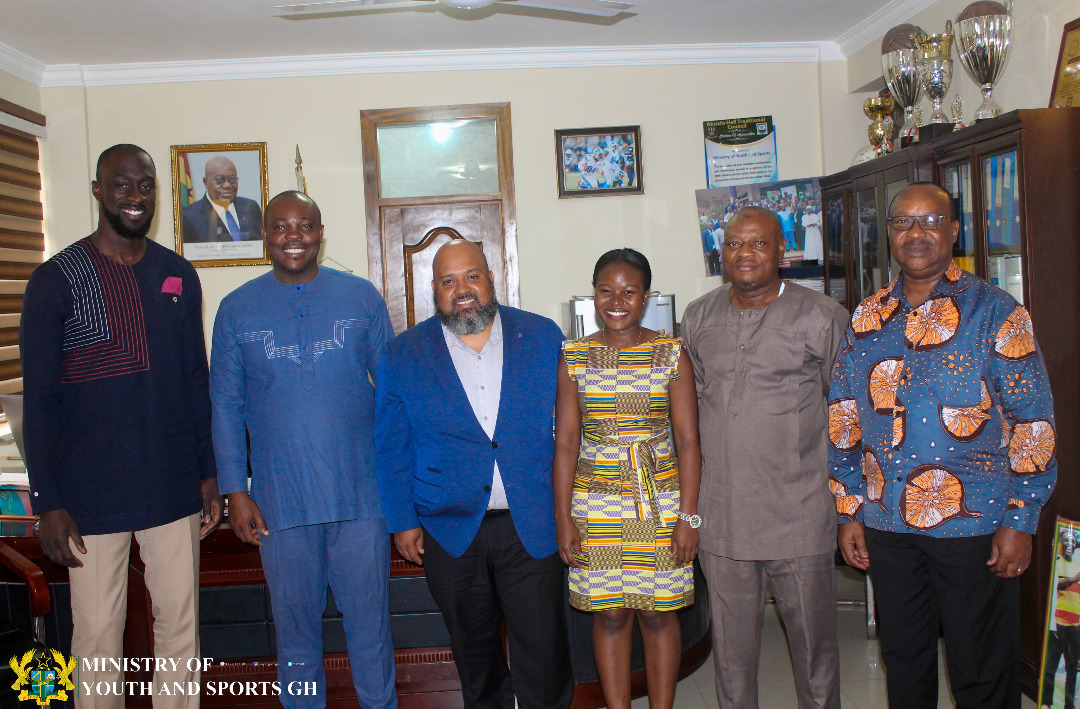