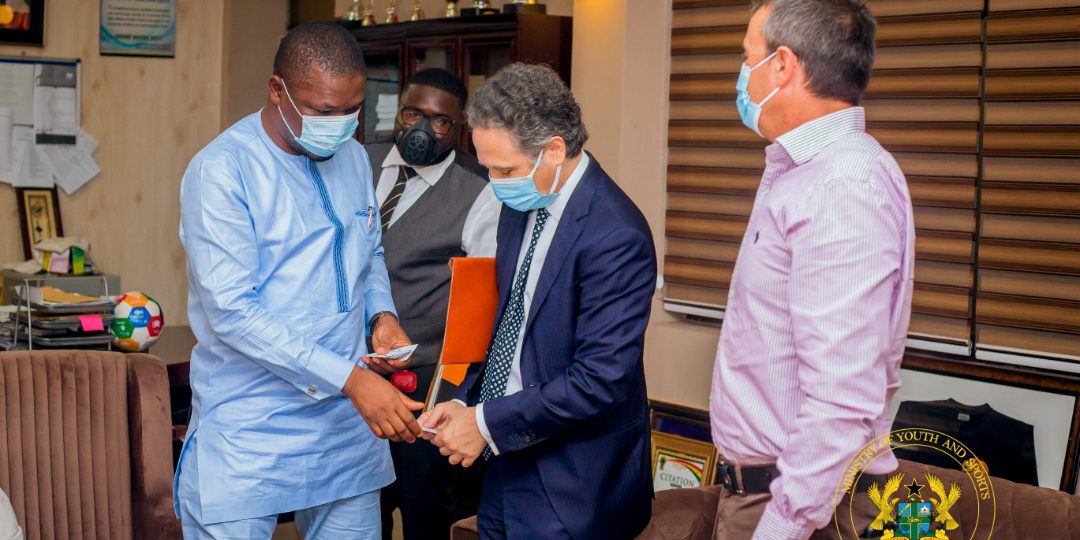 On Tuesday October 18, 2021, the Ambassador of Spain to Ghana, H.E Javier Gutièrrez paid a courtesy call on the Minister for youth and sports, Hon Mustapha Ussif to discuss issues of mutual benefit to their respective countries.

In his initial remarks, the Minister warmly welcomed the Ambassador to his office and noted that the visit was an important one since there were several areas of collaboration the two countries could discuss that will in turn bring opportunities to the youth of their countries.

He noted that there is a huge gap between population growth and economic growth in Ghana resulting in youth unemployment.

According to the Minister, the focus of government is in the area of agribusiness and the provision of 21st century digital skills to the youth of the country to make them independent and skilled to engage in their own businesses.

He indicated that since Spain is noted for excellence as far as football  is concerned, it would be necessary to collaborate in the areas of exchange programs for premier league coaches, match commissioners, referees among others.

Hon Ussif underscored the need to revive the Winneba Sports College by entering into a partnership agreement with interested partners and therefore called on the Ambassador to collaborate with the Ministry in that direction.

The Ambassador on his part noted that different Spanish institutions were interested in having scholarship and training programs to build the capacities of the youth.

He called for more participation and involvement of the youth and closer relationship between the two countries.