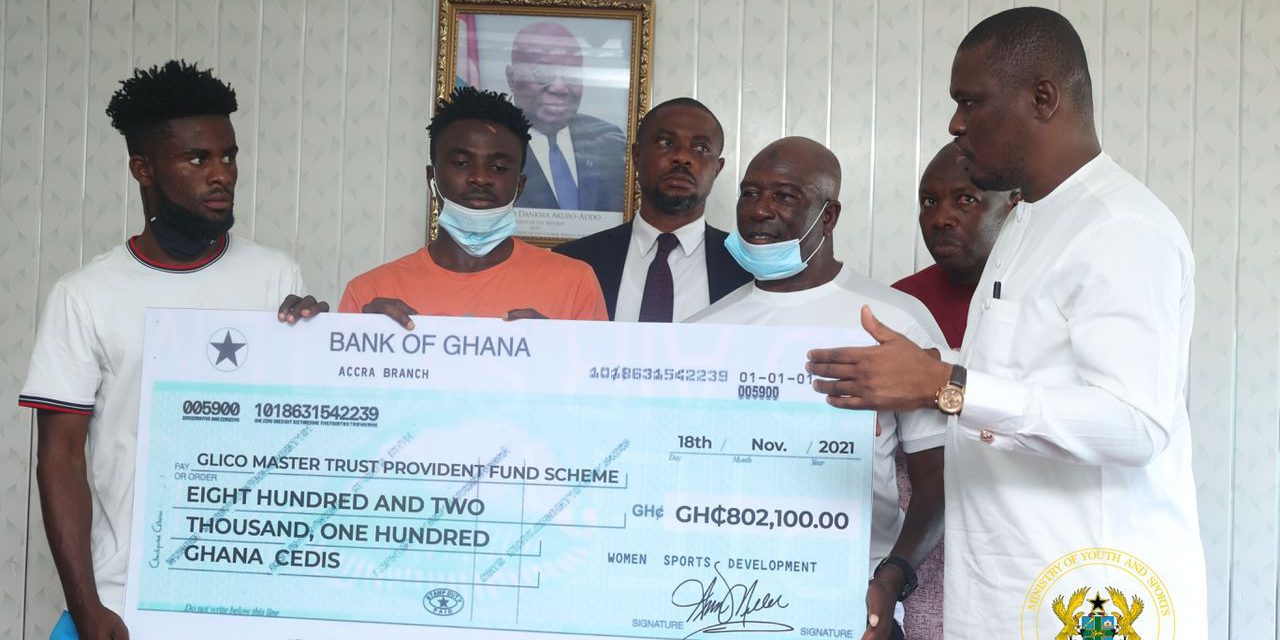 The Ministry of Youth and Sports in collaboration with Glico Pensions have set up an investment fund for the National U20 Team, the Black Satellites.

Sector Minister, Mustapha Ussif who disclosed this on Thursday, November 18, said the adaptation of the policy will see to the investment of portions of winning bonuses of national athletes to secure a better future for them after their service.

Mr. Ussif believes the inability to invest revenues generated at the peak of an athlete’s career has resulted in the deplorable state some find themselves after their service to the country.

“In order to address this challenge, I had a discussion with H.E. the President, Nana Addo Dankwa Akufo-Addo, when the U-20 Team became the African Champions, on how to present the Presidential Package. He then advised that we invest 50% of their winning bonuses towards their future, ” he added.

He also admonished young athletes to invest their resources to ensure they have a secured and better future.

The Operations Manager of Glico Pensions, Cassiel Ntiswin Atuliba thanked the Minister for his generational thought and assured him of his company’s commitment to helping the Ministry to achieve the full purpose and benefit of the policy.

The Greater Accra Regional Football President, Samuel Atuabire who represented the Ghana Football Association expressed his delight with the policy and encouraged football clubs in the country to emulate the initiative.

The National U20 Team Coach, Abdul-Karim Zito also thanked the Minister and government for the policy. The investment fund, he disclosed will serve as a morale booster for young sportsmen and women who would be serving the country.

Already, the first beneficiaries of this policy are the Black Satellites who won gold at the Africa U20 Tournament in Mauritania and the 2020 Tokyo Olympic Team.

PRESS RELEASE BY THE NATIONAL PEACE COUNCIL REGARDING PARLIAMENT & THE APPROVAL OF THE 2022 BUDGET
December 4, 2021